This past weekend I had the distinct pleasure of spinning some records with the esteemed author, historian, and DJ (don’t front, dude has heat!) Brian Coleman at Iris Records in Jersey City. He was promoting the second volume of of the Check The Technique book series, signing books, and dropping some lava rocks on the turntables. It gave me a chance to dust off some hip hop 12″s, assorted 45s, and it was exciting to spin a bunch of artists’ music that were featured in both books as well as well as some original samples. I didn’t really plan a set, but just kind of let it flow. It’s live and unedited, so there are some skips, etc. That’s the way we like it, raw and uncut, just like a live show. Mr. Coleman dropped a bunch of heat from his crates and played a wide variety of good tunes. I was able to do some digging to a cool soundtrack while he played. It was great to see a bunch of heads come out and support a great book and good dude all together. Thanks so much to Iris Records for hosting both of us, and I’m looking forward to getting behind the decks sometime very soon. 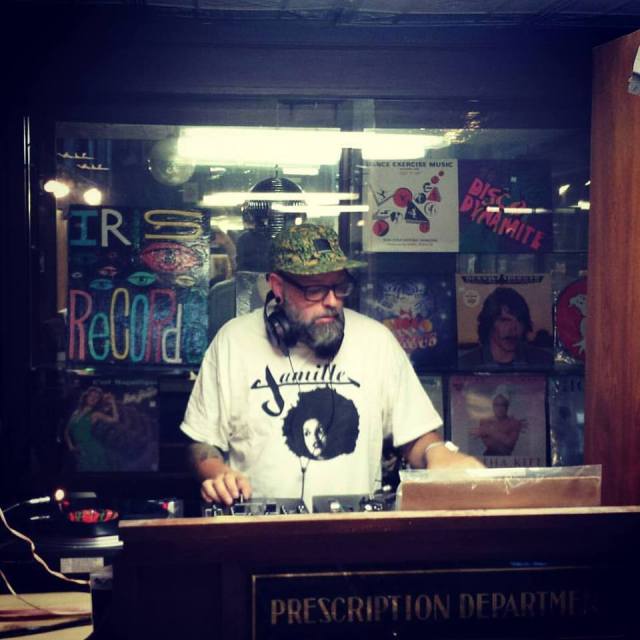